NRA Annual Meetings: then and now 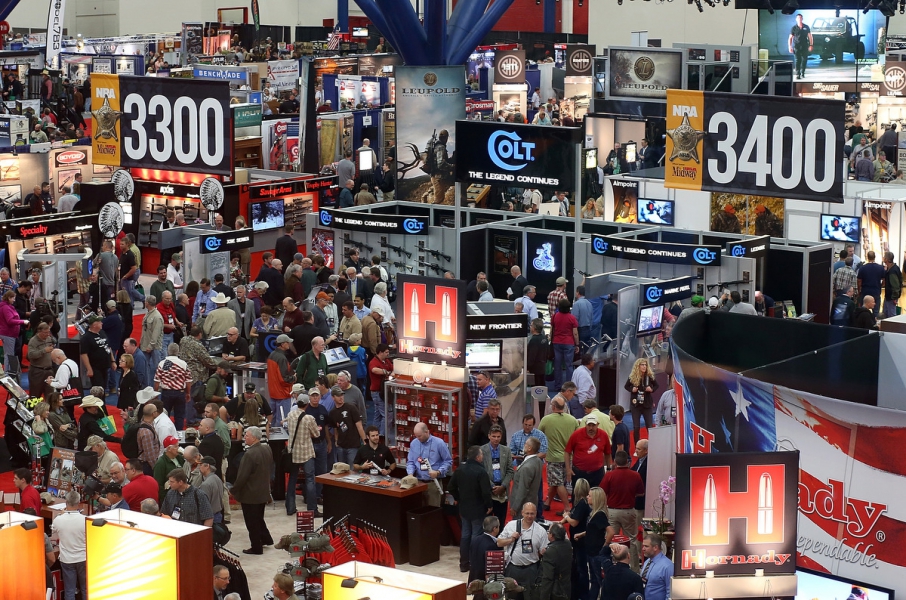 Galco’s off to the 2018 NRA Annual Meetings, this time in Dallas, and I’m fortunate that I get to go again. I’ve lost count of the number of NRAAMs I’ve attended as a Galco representative – I missed a couple while I was on “sabbatical” in Afghanistan with the National Guard – but it’s always a great experience. Not only is it awesome to be able to talk to customers (and potential customers) face-to-face and get their input, but there’s just this great feeling of being surrounded by tens of thousands of gun people. It’s not a feeling you get in too many other places anymore, that’s for sure.

Whenever I go to an NRAAM, I always think back to my first NRA show. This was way back in 1987 or so, when I was a gun-struck teen. My father, who was always extremely supportive of my interest in guns and shooting, got us plane tickets to Orlando and took me to the show as an early birthday present. As my father would say about my gun obsession back then, “Hey, it’s better than wacky tobaccy!”

Probably the highlight of the show was when I spotted Rob Leatham in the Springfield Armory booth. He was signing posters, and I managed to score one that hung on my bedroom wall until I left for basic training a couple of years later. Yeah, I know most teenage boys in the 1980s had Joe Montana or Christie Brinkley on their walls, but I had THE Rob Leatham. Fine, I was a weird kid. Whatever.

Looking back several decades later, it was a spectacular weekend, and to this day I have incredibly fond memories of that trip. Most importantly, I feel very grateful that my father was willing to spend time and money indulging my burgeoning interest in the shooting sports. Many years later, in 2003, I was able to take my own daughter back to Orlando for an NRAAM. I’m not sure she had as much fun as I did – she may have slightly preferred Disney and Universal Studios – but it was a great trip together regardless.

This year, NRAAM will be mainly business for me. I’m always very proud to represent Galco, along with my great colleagues. I’m excited to introduce my fellow NRA members to innovative new Galco products like the Ankle Guard, ExtremeTuk, Quick Slide, and the modernized Tuck-N-Go. I’m glad I’ll get to once again rub elbows with so many great people in the outdoor industry. And I’m sure some of the gun companies will be showing new guns that’ll make me want to drain my bank account!

But I’ll always remember that first NRA Annual Meeting so many years ago. That show helped put me on the road to working in the gun industry, and here at the Great American Leather Company.