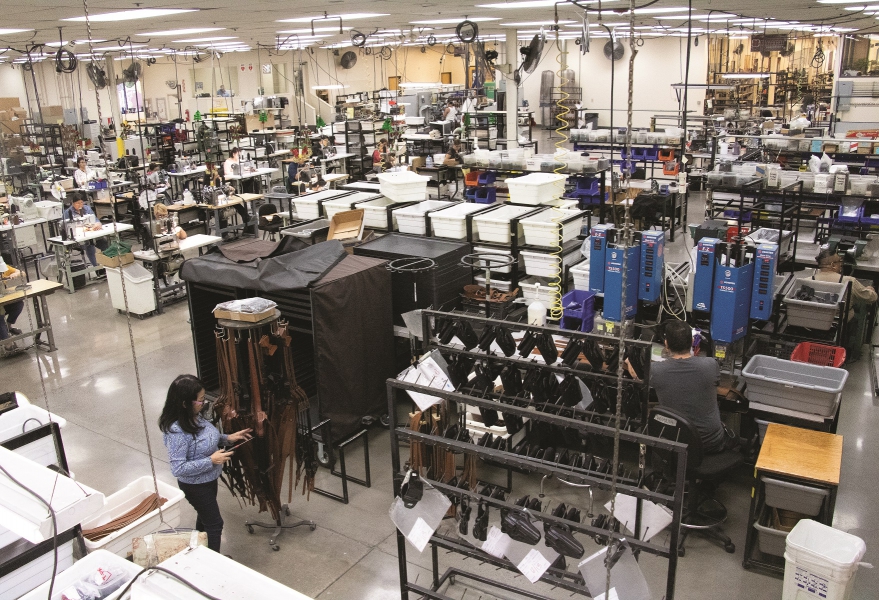 It started humbly with a small family leathergoods shop in Chicago, Illinois. One can argue that Chicago doesn’t exactly top the list for a great gun culture anymore, but as we all know, things were a little different back in 1969. Richard Gallagher lived in Chicago and that’s where he founded The Famous Jackass Leather Company, the predecessor to what’s now Galco.

We’ve told the story many times of how the rightly-famous Jackass/Miami Classic shoulder holster rig came into being. But what sometimes gets lost in that tale – with the Hollywood glitz of Don Johnson and Miami Vice – is that it was really Chicago-area police officers who gave the fledgling Jackass its first big break. A single real-life police officer asked Mr. Gallagher to make him a shoulder holster, and that one sale inspired hundreds of sales to local (and eventually national) law enforcement officers. Those sales began Galco’s enduring support for American that continues to this day.

In 1980, Mr. Gallagher decided to rebrand the company and chose the name Galco. It’s sometimes assumed that Galco means “Gallagher Company,” but it’s really an acronym for Great American Leather Company. We moved to Phoenix, Arizona in 1983. The climate for holster makers in the desert southwest is a lot better than Chicago for a host of reasons, but of Mr. Gallagher wanted to keep his entirely in America, so he chose Phoenix.

Patriotism was perhaps never more visible at Galco than during the high-tempo years of the Iraq and Afghanistan wars. In 2005, Galco instituted the Holsters for Heroes™ program that donated over $100,000 worth of premium-quality shoulder holsters to deploying armed service members. Galco was fortunate enough to receive a Citizenship Award from the Shooting Industry Academy of Excellence for the HFH program, in addition to being recognized as a Patriotic Employer by ESGR (Employer Support of the Guard and Reserve).

Galco sources as much raw material in the USA as possible, with its leather coming from the comparatively few remaining American tanneries, competing with high-end saddle shops and European designer handbag makers for the top 2% of available premium . These hides go on to become the basis of our professional-grade lineup of instantly-recognizable designs like the Miami Classic, Ankle Glove, Concealable, FLETCH, Summer Comfort more.

While other holster makers buy their hides overseas and outsource their production to foreign countries, Galco remains committed to manufacturing right here in Phoenix, Arizona, while ensuring our employees are rewarded for their hard work and skilled craftsmanship. This also affords Galco the opportunity to provide good jobs for experienced craftsmen.

Many of our competitors outsource production to China, Vietnam Mexico, while others are wholly owned by Turkish and Paraguayan interests. But Galco once again bet on America and expanded our Phoenix headquarters and plant twice in the 2010s. We’re glad we did.

For over 50 years, in times of calm and times of crisis, Galco has never wavered in our commitment to stringent quality standards, our loyal customers, our nation’s first responders military, our valued employees, and most of all, to our great country.

We’re proud to be an American company.